The Land of Swordsmiths with a Thousand Years Old Legacy

But do not be fooled by its seemingly quaint, quiet atmosphere. Once the most prolific centre of sword production in all of Japan and birthplace to many important sword-making schools, Osafune is a town practically bursting at the seams with history, art, and tradition. In a country famed and revered for its beautiful art-swords, the fact that half of all national treasure blades were forged in and around this barely 30km2 patch of countryside is no small feat. Even today, there are still many master swordsmiths active in the area, creating masterpieces that rival even those of the golden age of swordsmithing in the Kamakura period (1185-1333). With its unique past and rich traditions, Osafune has fully embraced its title as the ‘Home of the Japanese Sword’.

Beautiful ironwork is not the only thing that makes Osafune a must-visit for anyone who likes to get off the beaten track. Thanks to its important high quality sword production as well as its convenient location next to the medieval Sanyo road, Osafune was a truly prosperous town for centuries, rivaling even the Imperial capital of Kyoto. During the 12th and 13th centuries especially, the Bizen Fukuoka neighbourhood was a bustling economic centre and the largest mercantile city along the Sanyo road. As a nexus not only for wealth, but also for culture, this area has developed a wide array of festivals, foods and fascinating traditions that can still be enjoyed to this day.

The Home of the Japanese Sword

Today, Osafune is a relatively small and modest town by Japanese standards, with a population of only around 13,000 people. This was not always the case. For a long time the area was extremely wealthy, with its position at the convergence of the Sanyo road and Yoshii river making it a natural artery for trade, and its abundant iron sand and timber resources feeding into its massively successful steel industry. Besides the world-famous sword tradition, the Muromachi period (14th-16th century) saw an explosion in pottery-making in the area, with simple but elegant Bizen ware becoming popular nationwide, especially for tea ceremonies.

The important thoroughfares that passed through Osafune brought many famous people of the day to the area on their journeys through the Chugoku region from Kansai. Indeed, one of the most significant pieces of evidence we have for the importance of Osafune in its heyday comes from a scroll (itself a national treasure) that records the life and deeds of the 13th century itinerant monk Ippen Shonin, who passed through the area during his travels.

The wealth and success of Osafune did not go unnoticed. During the Sengoku period, the Daimyo (feudal lord) of the area and head of the Fukuoka clan, Kuroda Kanbei, was given the great honour of becoming the chief strategist and a close adviser and friend to Toyotomi Hideyoshi, one of the three warlords, along with Oda Nobunaga and Tokugawa Ieyasu, who helped unite Japan. In fact, after the war Kanbei’s son Nagamasa was himself rewarded the governorship of part of Kyushu. This area in time took on the name of his clan, eventually becoming the famous modern-day city of Fukuoka.

Although remaining important for trade for several centuries, the end of the Muromachi played witness to likely the greatest precipitator of Osafune’s eventual decline from its giddy heights in the Kamakura period. Records state that, in around the year 1590, a great flood overwhelmed the banks of the Yoshii river and set off a number of landslides across the region. In one terrible night, virtually the entire Bizen tradition of swordsmithing was washed away. While a handful of swordsmiths survived to pass on their knowledge, the following decades saw a slow terminal decline for the school, with the remaining families forced to turn away from swordsmithing to survive.

While the school may no longer exist, the spirit of this important tradition, as well as many of the blades created by those once-great craftsmen, are preserved at Osafune’s crown jewel – the Bizen Osafune Sword Museum. Visitors to this fantastic gallery can not only experience first-hand the beauty of Bizen blades, but actually witness their creation. In the adjoining workshops and studios, you can watch these enigmatic objects come to life as master artisans forge, carve, engrave and lacquer the many pieces that comprise a complete sword.

Make sure not to miss the spectacular demonstrations of tamahagane (jewel steel) forging and sword quenching which are both held on the second Sunday of each month.
In addition, for visitors with a creative streak, paper-knife making workshops under the instruction of the museum’s resident swordsmith Yusuke Ando are also available which, for the low price of 1500 yen, should definitely not be passed up!

This area, directly abutted by the Yoshii river and home to Osafune Station, was the centre of Osafune at the height of its power. Still organised around the same layout of “seven mouths (entrances), seven wells, and seven small streets”, this district remains home to many old-style grand houses that, as you wander between them, will give you a sense of what this town must have once looked like at the height of its power.

Every second and fourth Sunday of the month you can even hire a knowledgeable personal guide who will help bring the history of the area to life as you walk down Bizen Fukuoka’s ‘seven streets’.

One of the best-known points of interest in Osafune, this mansion was built some time in the late Meiji period and is one of the last indicators of the great wealth and power that Osafune maintained up until the end of the 19th century. Owned by the Nakazaki family who became the main landowners of Osafune after the fall of the Shogunate and the start of the Meiji period, this building is one of the most important in the prefecture, being one of just a few to survive to the modern day.

Now you can walk around this living museum, learn about the house’s history from local volunteers and even talk to the current generation of the Nakazaki family.

Situated right in the middle of rice paddies, Ohmachi is a true paradise for sweet lovers and general foodies. This gigantic warehouse is the biggest sweet shop in Japan where you can find about any traditional and modern Japanese sweet at a ridiculously low price. Just grab your basket at the entrance and start your digging. There are surely many new flavours to try, so don’t be afraid to simply dive right in there!

There is also a festival area full of toys usually sold during the famous Japanese matsuri (festival). If you have not yet had the chance to go to one, this is the perfect place to a feel of what it is like!

Originally located on the opposite bank of the Yoshii river before it changed its course, this once-bustling medieval market has been reborn as a centre of Bizen food culture. Identified by the “Fukuoka no Ichi Memorial Stone” from which the market gets its name, local farmers, bakers and producers of all kinds have gathered here every month since 2006 to sell their wares.

When you walk through the open-air market, you will be enveloped in a blanket of delicious aromas, with the smell of fresh bread and pastries mingling with the distinct smell of local Bizen Meito Miso. Further on you might find someone selling beautifully simple and highly-prized Bizen pottery, or a swordsmith adding a new razor-sharp edge to a local fisherman’s once blunt filleting knife. If you are in Osafune on the day, this market is definitely not one to be missed.

Living up to its name, literally translated as ‘beautiful forest’, Utsukushi Mori is a calming and tranquil area of woodland barely 5km from Osafune station. Equipped with full camping facilities, cabins and a visitor’s centre for conferences and workshops, it is not uncommon to find local families gathered here on balmy summer days, sharing a barbecue or going on walks in the surrounding countryside.

Open year-round. Camping plots cost 2000 yen for 1 night or alternatively a 5-person bungalow can be rented for 10,000 yen. Various pieces of camping equipment are also available to rent from the visitor’s centre.

Like most towns and villages in Japan, Osafune is also home to a diverse array of shrines and temples that have grown up around local legends and traditions. Whether it be the timeless, evocative surroundings of Myokoji Temple and its gnarled and ancient ginkgo tree; or Yukie Shrine, which acts to protect the eyes of swordsmiths who stare for hours on end transfixed into the blinding depths of their forges; or Saihoji Jigenin Temple, where monks pray for the souls of swordsmiths out of gratitude for the great bell donated to them centuries ago, you are sure to find something to captivate and enchant you.

How to get to Osafune

Osafune can be reached by train from Okayama station in around 30 minutes on the Banshu Ako line, with trains leaving roughly every 30 minutes.

Alternatively Osafune can be reached by car in around 40 minutes (calculated from Okayama station to Osafune station).

Especially in the spring or autumn, we would highly recommend taking time to enjoy the walk from Osafune station to the various sights. That being said if you rent a bicycle from the shop just next to the station (just 300 yen for the whole day), you can easily get to any of the sights we’ve mentioned quickly, even at a leisurely pace, with nowhere more than 6 km from the station. Please note however that the bike shop is closed on Wednesdays.

If you are more strapped for time, you can also catch a taxi from the rank just outside the station, which can get you to the Sword Museum in about 8 minutes.

Packed to the brim with spectacular sights to see, things to do and places to go, there really is something for everyone in this ancient and historic city. From a millennia-old sword tradition that provided the tools used to birth the modern nation of Japan, to a landscape overflowing with beautiful nature and secluded temples, whether it be for food, forging or just a fun day out, make sure not to miss Osafune, a real hidden gem tucked away in the Okayama countryside. 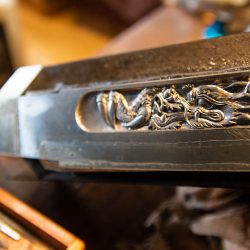 Experience first-hand the beauty and creation of the legendary Japanese Swords. 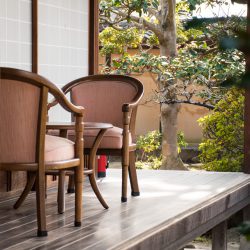 Come and visit this living Museum in the heart of Osafune. 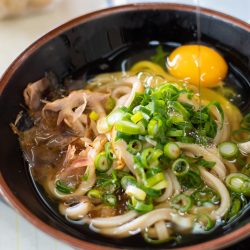